” Your real competition is your distraction “– Anonymous

If you are reading this, amidst your deep immersive work, you shouldn’t be. This would seem weird coming from the guy who sent you this in the first place.

The achilles heel of our times: Staying focused and distracted by a lot of ideas.

We are living through a crisis of distraction. Plans get sidetracked, friends are ignored, work never seems to get done. Why does it feel like we’re distracting our lives away?

Donuts taste great when we are eating them. But we feel like shit some time after. We get a bit of short-term pleasure and long-term pain.

The two primary motivators of changing our behavior are:

All the attention management strategies in the world will not work unless we feel the pain and the opportunity cost of distractions.

If anything, the world is becoming a more distracting place. Technology is becoming more pervasive and persuasive.

We all suffer from the shiny object syndrome. The thrill of the chase. And the after glow.

Our biggest obstacle is fighting our addiction with social media and the mobile phone.

Wasting time online, ironically consuming content about how to be a more prolific, successful creator.

Digital distractions create somewhat of a paradox. We get to avoid the pain of focusing on something that matters to us. And the dopamine hits we get from checking our emails or scrolling through our Instagram | Facebook feeds. That gives us a lot of pleasure.

But that little boost of pleasure becomes painful when we realise that we’ve wasted time on something that prevents us from accomplishing our real goals.

It’s hard to change anything until our motivation is strong enough. Before we can deal with our addictions to distraction, it is important to uncover our motivations.

We seem to be in an era where ‘wellth‘ is the new health, where a well honed tricep is far more desirable than a heart to heart with a near one and a lot of us mortals are literally dying to get fit. Toss a coin and you are oscillating between orthorexia nervosa and anorexia nervosa. It’s a so-called world of ‘ fitspo ‘.
The concurrent rise of “wellness” and self-tracking technology has ushered in a sort of socially sanctioned “technorexia”. We live in an age where you can never be too rich or too fit. Calorie-counting, which was once considered Bridget Jones-style silly at best and neurotic at worst (largely because it was coded female), is now celebrated as a data-driven route to self-improvement (largely because Silicon Valley has coded it male).
Amidst the din and frenzy that is conveniently ‘ cold pressed ‘ between buycep and a trycep, here’s a suite of everyday observations(which most of you would already be privy to), with tongue firmly in (Instagram) cheek. So, if you like it slow, ‘ jog on ‘.
HUM PAUNCH : These are the 5 Pandavas that occupy the entire walking track laterally(and literally), with familiarity breeding no contempt. The primary motto(no pun intended) and waisted interest here is to respect the status quo(te) of the 46 inch waistlines. Another work of friction that you get to see is their Vaastu compliant (East West sagging) cheeks having the cheek to tickle one another as they pound the streets, as brothers, firmly in arms. PAUNCHo unglee, ghee mein..no surprises!
WALK THE TALK: A big concern for this tribe is ‘ will the miles run out before my talk does ‘ ? As if just coming out of a 8 year gag order. For all the army of RJs suffering from acute verbal diarrhoea, listen in. No ad breaks here. Move over marathon.It’s like a talkathon in (the) flesh.
INSTA(NT) KARMA: These are the direct disciples of Kevin Systrom and Mike Krieger (original Co Founders of Instagram). Just like being Vaastu compliant or Euro II Emission compliant, their summer of content revolves around being Instagram Compliant. If it’s FIT for Insta, it’s FIT for me! And you are still left wondering, what comes first..the chicken or the egg..how remiss of you?
COACH COACH HOTHA HAIN : The community of people who are purely and solely moti weighted by a Coach. The ones who go ‘ Coach tho log kahenge ‘ in case they don’t use one. Their engine and loco moti (ve) firmly in the well TRAINed hands of a Coach. So, COACH na kaho and just chug along! Mr Burberry, watch out, Coach is getting all the b(r)agging rights!
SURF BOARD ABS: Don’t know what to call it. ABSurdity or audacity. These are the die hard optimists whose hopes have been severely washed away. The ones who kept washing their abs with Surf till eventually they got absolutely bored. And had nothing to show for it. It will take some time for them to TIDE over the shock. Last heard, they seem to be filing a plaint against Unilever! And the Power Point said: ‘ Mr Surf, you didn’t Excel ‘!
APP THO AISEY NA THEY: It must be apparent what I am referring to. APP jaisa koi meri…A plethora of Apps that have taken over our lives. If memory doesn’t serve it right, some of them hang out of the smartphones by the skin of their pixel as hard to let go APPendages. Shapa, YouAte, YouFood, Fitbit, Myfitnesspal, Strava, Runkeeper,Tim Ferris...even though some of it may be even recommending to weigh your lettuce before eating it.. Data Saman(t)..you there?
THE STORE : This is the individual who has taken the onus of being the brand store on the beach. Old Balance(yet to be settled), Nikey, Over Armour, DontGoPro, Adhi Das(no relation to Vasundhara BTW), Feelips – a walking talking Footlocker without QR Codes. The prep time (for this over equipped first of its kind physical HE Commerce store in true protein form) to get ready for the workout would be nothing less than a couple of hours. Wait till you hear about the workout..after a gruelling, punishing 3.8 Metres run(to and fro, non stop mind you), it’s time to break out into a sweat(bring out the water spray can…simulate sweat beads..time for a selfie).
Are we getting collectively fatter and more sedentary? Is fat and furious going hand in hand?
Do you believe “ Pain is Weakness Leaving The Body” and “Sweat Is Your Fat Crying”? Well, “You Win Some Or You Win Some”!
Time for a workout. And hand sanitisation(Never in my life would I have imagined my hands consuming more alcohol than my mouth). And test my bore strength. To all the BELLYrinas, jog jog jeeyo!
BENDS

Intrusion capitalism paves the way for what has been called the ‘ convenience economy ‘. And like billions around the world, we are almost comatosed into not only acceptance but to dig deep and stay there. The numbness of convenience, shall we say? And apart from the occasional murmur or a sporadic protest, life goes on.

We don’t have to go very far but look at a few examples. Let’s begin with one of the usual suspects-brands like Amazon, Amazon Prime and their accompanying eco system that touches the lives of millions of customers around the world every day. For about US$ 10 a month( if you are in the US), you get a vast pool of content, priority door step delivery at the most economical value for zillions of products. And with Alexa(another Amazon wonder) taking root as a serious tool for search and e commerce, the cesspool of dependence has only gone deeper and broader. Since there is no better reason( or a better alternative by far), we as customers are happy to be remain comfortably domiciled.

With 2.2 billion users every day around the world, Facebook is a monster drug(combining its repertoire of Whats App, Instagram users) and there is no saturation in sight as the time spent on these platforms seem to be only increasing. Data theft, brand safety, privacy intrusions etc have not stopped the eccentric growth of this juggernaut. Sometime back, the powers that be at Facebook actually mentioned that they are addressing the privacy and data theft concerns and they are prepared for a 95% success. Very recently, under pressure from several quarters, the commitment went up to 99%!!! It’s akin to an airline saying that we are 99% sure of our landings. 1% can be seriously debilitating and you don’t have to look further than the New Zealand shooting which went live to understand what I am trying to say. But, just like the case of Amazon, there is no mass exodus. On the contrary, the clamour to get in is only increasing. The absence of a viable, palatable alternative definitely helps the cause. People are staying put!

As Steven Van Belleghem espouses in his book Automation, AI and the Customer Experience , just as there is a mandatory audit of all corporations’ financial statements both internally & externally, there has to be a regulation in place calling for ‘ algorithm transparency ‘. Because, presently only the outcomes are understandable while there is no clarity on the inputs- especially the bias and the prejudice that gets fed into the codes to manipulate outcomes. I think this is a clarion call for a basic ‘ code of conduct ‘ and the earlier it gets put into place, surveillance capitalism will have some guard rails.

Till then, the (algo)rithm is going to get you! And it’s quite possible that you go blue in the Face(book).

The death of an advertising stalwart!

Well it surely appears so. And Silicon Valley is killing it.The rise of social media has made the elaborate plot lines of old-school spots seem archaic. And the Mad Men are, well, mad.Or, so was the fad!

Trapeze back to the days of the 30 second long format ads(long by today’s standards) where marketers, brand owners, agency heads, creative directors, art directors and film makers peddled a basketful of promise, creative thought and motivation to influence the seemingly reachable TG in their quest to change behaviours, cultures and consumption patterns. There was a certain trance in that romance to create. 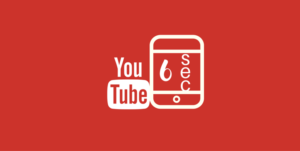 So what is prompting the change? In an always on land of uncertainty, are we losing the plot(and losing the audience) or has the landscape itself changed?

They say 20 is the new 40 when it comes to audience maturity and demographics. Platforms like YouTube have increasingly challenged agencies to tell their stories in a 6-second slot — the average attention span of today’s mobile user. That mobile user, who again by conventional paradigm, is on a perennial instant fatigue. So 30 seconds is a long journey to risk with them!  6 has indeed become the new 30. And numbers don’t lie!

It makes sense. You might be willing to sit through a 3-minute trailer before a movie, or a 30-second “Whassup” ad before an episode of Jimmy Fallon.That may come across as non intrusive or no skin of your back. But amidst the native content of notoriously short-form channels like Instagram or Snapchat, these types of ads are disproportionately long. So much so, that they may pre qualify to be spam! Just kidding.

And for all those who are number crunchers: if we had a nickel for every 60-second YouTube video we gave up on because of an unskippable 30-second ad, we’d be at least $1.25 richer. What will you do for a few dollars more?

That almost seems like an Old Jungle saying(remember Phantom is rough with roughnecks!!!).

Another, not-so-secret motive: it’s harder to get paid proportionally for the production of super-short ads, which still require actors and equipment.The CFO and CMO lines have been blurring and the motive should not surprise us.

Hey, we love Ogilvy as much as the next ad geek. But as the father of mass media, Marshall McLuhan, put it back in the ‘60s: “The medium is the message.” Yes, we now surely get the message.

And today’s medium is 6-second Snap Stories. And it has to be over in a snap. Otherwise today’s audience will snap out of it.So the mean median for a message is all coming down to 6 in the City(and beyond).

So, Lights, Camera….do we have the time to say Action?