Skip to content
Let’s begin with what the Business Dictionary has to say about Affluenza(not to be mixed up with Influenza though the contagious capabilities are common to both):

1. A social condition that affects a society because of the elevated number of individuals striving to be wealthy. People within the society feel that the only measure of success is determined by how much money and prestige a person has.
2. A social theory claiming that individuals with very privileged and wealthy backgrounds sometimes struggle to determine the difference between right and wrong due to the nature of their upbringing. Also known as sudden-wealth syndrome.

Having done that, Stuffocation is defined by Macmillan’s Crowdsourced Open Dictionary as:

Affluenza( or Selfish Capitalism as author Oliver James would have called it in his book by the same name) has not just changed the world, it has also changed the way we see the world. The happy embrace of ‘ convenience ‘ and our reconciling to not being able to plan ahead is an entirely new way of thinking and over the past few decades we have built an economic system to accommodate it. A vast majority of humans(yes, us included, thankfully) would find the idea of using our scarce resources to produce things that are designed to be thrown away absolutely mad.
Consumerism(the love of buying things) can, by definition only provide a transient sense of satisfaction, the ‘ thrill of the chase ‘ or the ‘ after glow ‘ like walking down high street with your branded take away. The benefits of consumerism, as one can imagine is short lived as they are linked to the process of the purchase and not to the use of the product. Materialism(is the love of things themselves) is about owning and therefore there is a clear distinction from consumerism. Taken literally, they are polar opposites, though they are often used interchangeably.
We love things not for their material function but for the symbolic act of acquiring and possessing them.

Stuffocation (a term brilliantly coined by trend forecaster and author James Wallman who wrote a book on the subject) is to have more stuff than we could ever need – clothes we don’t wear, kit we don’t use and toys we don’t play with. How it’s cluttering up our homes,making us feel stuffocated and stressed and potentially killing us. Not to mention, how damaging it is for the planet. Our obsession with stuff can be traced back to the origin of the Mad Men who compellingly created desire through advertising (Remember Vance Packard’s famous book on advertising, The Hidden Persuaders).There is a clutter crisis and rampant materialism is being strongly linked to declining well being. The manifesto for change that the Stuffocation book articulates is to replace materialism with experientialism– instead of a new watch or a new car, maybe a holiday with friends and time with family. It advocates being healthier, happier and to do more with less.
To put it simply, if we want to reduce the impact on the natural environment of all the stuff we buy( and mind you we are almost 7.5 billion of all humanity, so that’s a whole lot of stuff and so much of it unneeded), we damn well hold onto them for far more longer. Maintain it, repair it, get more satisfaction from the things we already own, more satisfaction from leisure time and definitely less satisfaction from buying things. Affluenza is curable and has to be cured. So is materialism. The culture has to change. Let’s move on from worldly vice to worldly wise.
Less is indeed a lot more!
ENDS
www.groupisd.com
www.brandknew.groupisd.com

We have galloped on from an industrial economy to that of knowledge and intelligence(artificial & otherwise). Getting ahead is an industrial age concept. Based on scarcity, lack of access, secrecy, connections etc.Everyone can’t be first (the thinking goes) so you better work harder, make do with helping fewer people, and look for shortcuts if you want to win. 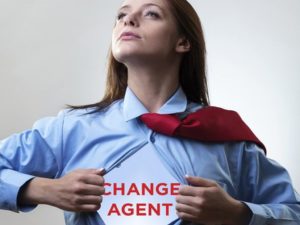 Today, we live in an always on,connection, collaboration sharing economy, in a long-tail world where being remarkable is far more important than being normal, where mattering is what matters and what we ideally seek. But the void is still there. It’s a gap between where you are and where you could be. Where you desire to be. A gap between the impact you can create and what you’ve been able to do. Mostly, it’s a gap between you and the change you can contribute to those around you. As they say, what got you here, won’t get you there.

To propel from your present state, to being a ruckusmaker, a toastmaster, a change agent, a denter, a doer, an enabler. A person who notices, who seeks change and, above all, a person that leaps. Takes the power in her hands, to assist the powerless, the privilege dark community. (Read how 3 designers from Ideo.org are trying to fix the refugee crisis in this BrandKnew article here http://www.brandknewmag.com/from-ideo-org-3-ways-designers-can-help-fix-the-refugee-crisis/ )

To have the spirit to care for the have not. Lets walk the torque. Devoid of the void!