The biggest lie we’ve been told is that ‘ productivity is all about doing ‘.

Working is Not Productivity. The message once(and even now) was loud and clear. Relentless self-optimisation was a way to cope, but is it really? Humans are NOT search engines !

Productivity, or the lack of it, has become the individual metric of choice for coping with the international econo-pathological clusterfuck of the Corona Crisis.

Have you taken the path not trodden, step into a void and, by design decide NOT to do anything? And then witness something strange happening? Ideas begin to flow, collide, offering solutions, relief, succour, insights, inspiration, closure..

Our best work will come from undoing—from slowing down and giving ourself time and space. The Japanese call this vacuum ma—an empty space that’s intentionally there. In Hebrew, the same concept is called selah. The word appears 74 times in the Hebrew Bible as a direction to stop reading, pause, and contemplate what just appeared in the text.

There is no preamble or drum roll when ideas arrive. There is no parade. If it’s big, it is not going to wield a megaphone and yell from the rooftop. At first glance, the big thing actually looks quite small. If there’s no void in your life—if your life is full of constant chatter—you won’t be able to hear the subtle whisper when it arrives.

Banish the FOMO that if you slow down, you will get left behind. What you would do is use less energy, you’ll go faster, and you’ll go deeper. The pedal-to-the metal mentality is the enemy of original thought. Creativity isn’t produced—it’s discovered. And it happens in moments of slack, not hard labor. Yes, counter to popular thinking, but true.

During those moments, it may appear like nothing is happening, but appearances mislead. Still waters run deep. As you stare out into the nothingness, your subconscious is hard at work, consolidating memories, making associations, and calibrating a new math while marrying the new with the old to create unexpected combinations.

So, don’t avoid the void.

Mute down the noise, just for a little bit, throughout the day. Give yourself permission to lounge in bed after waking up. Put yourself in airplane mode. Sit and stare at the ceiling. Wander aimlessly through a park.

Sink into the rhythm of no rhythm.

Step into the void—where all things that never existed are created.

Relentless self-optimisation is NOT a way to cope. Humans are NOT search engines !

Charles Richards on productivity: “Don’t be fooled by the calendar. There are only as many days in the year as you make use of. One person gets only a week’s value out of a year while another gets a full year’s value out of a week.”

You’ll find that taking your foot off the pedal can be the best way to accelerate. 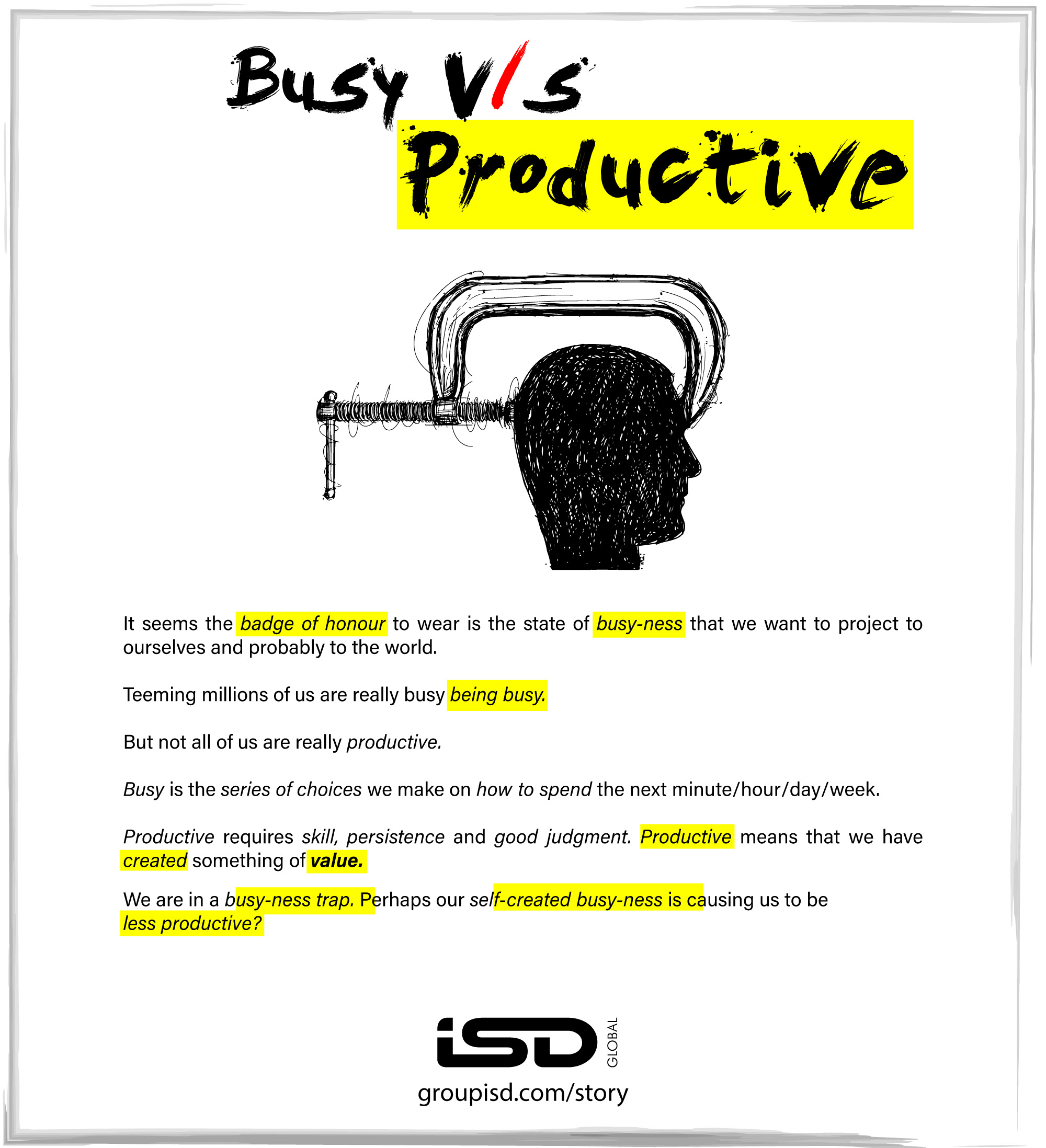