It’s only words and words are all I haveTo take your heart away…crooned Bee Gees in their seminal classic single Words way back in 1968.

Make no bones about it. The tongue has no bones, but is strong enough to break a heart. So be careful with your words. Words can inspire. And words can destroy. Words, they have the power to build people up, confine people to where they are, and break people down. 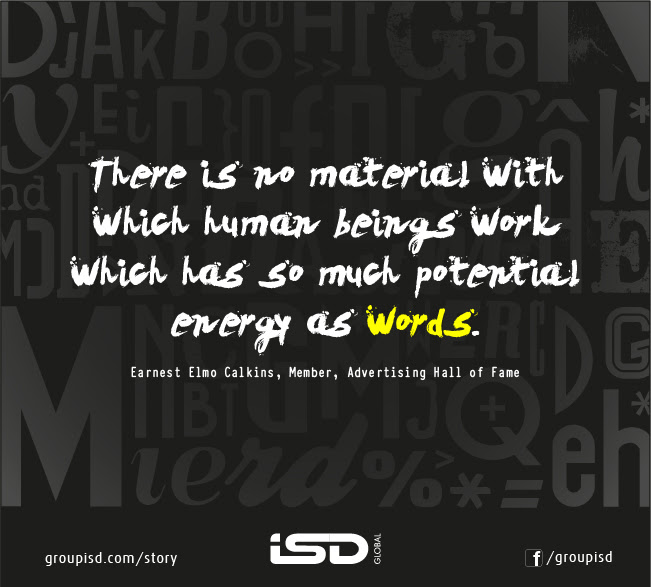 It may not be an exaggeration to say that words create worlds. Remember that words are free but how we use them is what may cost us dearly.

“Words have energy and power with the ability to help, to heal, to hinder, to hurt, to harm, to humiliate, and to humble.” –Yehuda Berg

Acknowledging the power of spoken words is a fundamental building block to many self-help as well as mainstream therapies. For what we say out loud is a guide to what lies within us. If our talk is critical, cynical or destructive, then we tend to find we think about ourselves in a similar way.

Words connect humans to one another, navigating across time and space, in a profound and impactful way that nothing else can achieve. The written word allows for the sharing of ideas, philosophies, memories, events, and stories.

As one scholar puts it, “writing codifies speaking, thus turning words into objects of conscious reflection”. In other words, writing ideas makes them more concrete to us, and by mulling written words, we are better able to internalize and understand them, and to allow them to affect our behavior.

If we understood the awesome power of our words, we would prefer silence to almost anything negative. That is what inspired the adage ‘ Silence is golden ‘.

The power of words in history can never be under estimated. Words have transformed nations be it the Magna Carta or the Declaration of Independence. These texts show how the simplest of things – nothing but paper and ink – can be imbued with immense power by those who forge them.

Then there are the works of fiction and tales of writers like Dickens, Austen, Twain, Hemingway, Woolf, Orwell, Tolstoy, Shakespeare, and so on that have been enjoyed and admired throughout the ages. They continue to exert great influence over society right into the modern era, performed on the stage, adapted for the screen, and studied in great detail by readers worldwide.

Imagine the world without newspapers, dictionaries..vast swathes of the public would have been uninformed, literacy levels would not have found some of it’s feet that it is comfortably standing on now.. the works of Mary Wollstonecraft helped to lay the groundwork for the feminism of today, while iconic figures of the past like Martin Luther King Jr made use of their own writing abilities to bring to life a more equal and understanding society.

Great philosophers like Socrates, Kant, Plato, Descartes, Hume etc used their works to help us change our conception of the world around us. Political musings and journaling helped us understand the French Revolution or the American Civil War without which those key events could have played out differently.

Written words continue to hold great power, even in the digital space. Short messages and personal stories shared across social media led to the rise of massive global movements like the Arab Spring,  Me Too and Black Lives Matter, while aspiring authors continue to share their tales on a bigger scale than ever before.

At a time when all of us can head online and get our message across to millions at one go all over the world, the power of words have never been greater.

The human tongue is a beast that few can master. It strains constantly to break out of its cage, and if it is not tamed, it will run wild and cause you grief. Words are seeds that do more than blow around. They land in our hearts and not the ground. Be careful what you plant and careful what you say. You might have to eat what you planted one day. Not exactly the kind of diet that you would savor.